Charles William “Billy” Haines was an American Hollywood Movie Star in the 1920’s and early 30’s, and the first known openly gay actor and a Hollywood legendary Interior Designer for Hollywood royalty.  Louis B Mayer fired William Haines in 1934 for not giving up his boyfriend and lifelong partner Jimmy Shields.  William Haines and Jimmy Shields would remain together the rest of their lives (close to 50 years).

William Haines was a movie star in the 1920’s and 1930/31 years during pre-code Hollywood. There was very little censorship in the movies, and homosexuality was very much accepted.  In 1934 Roman Catholics launched a campaign against Hollywood claiming the immorality of the American cinema.  After the code was officially put in place July 1, 1934, no one wanted to hire Billy for “being too gay”.  They wanted Billy to get married and play it straight, which Billy was not going to play that game.  A number of other gay actor’s/actresses saw their careers go downhill or eventually end.  Instead, as a result of the code the studios opted to hire leading men such as Clark Gable, Spencer Tracy or Robert Montgomery whom we considered mescaline and safe.  Click Here to read all about the Hollywood production code.

William Haines died the day after Christmas December 26, 1973 from lung cancer, his partner Jimmy would commit suicide several days later. Jimmy’s suicide note said (in part) his loneliness without Billy was too much; he could no longer go on without the love of his life.

Billy ran away from home to Hopewell, VA with a boyfriend at age 14.  There they opened a dance hall/brothel.  The town of Hopewell was destroyed by fire in 1915 and Billy left for New York City, NY.  Billy and his boyfriend must have broken up because there is no mention of him from this point forward.

Billy moved into the Greenwich Village neighborhood of NYC. This is where Billy worked as a model and was discovered by a talent scout for Samuel Goldwyn Company.  He was signed to a $40 per week contract as an extra and doing bit parts mostly uncredited.

Movies:  Brothers under the Skin

Billy arrived in Hollywood in March 1922.  He is credited with one movie in 1922 “Brothers under the Skin” where he only has a bit part.  His career went nowhere fast.

In 1923 Billy was still only acting in bit parts and walk on appearances in movies.  He moved into an apartment at 1026 Ingram Street, Los Angeles, CA (see what it looks like now).  Billy’s friends during this time were Eleanor Boardman and Barbara La Marr in fact him and La Marr acted in a picture this year together, Souls for Sale. Billy plays a production assistant and is only on screen for about 5 minutes. I have provided the following video clips of a young William Haines (23 y/o) and is the earliest known surviving screen appearance. [FREE CLIP 1] [FREE CLIP 2]

Movies: Three Weeks; True as Steel; The Midnight Express; The Gaiety Girl; Wine of Youth; Circe, the Enchantress; So This Is Marriage?; The Wife of the Centaur

Billy’s next two pictures were with Aileen Pringle (Three Weeks and True as Steel).  Whom later Billy would be linked to romantically by himself as a wisecrack.  He liked Aileen but they were nothing more but friends.  The next picture was The Midnight Express, a loan out for Columbia pictures.  The reviews of The Midnight Express were positive.  However, Billy continue to act with leading parts for loan outs, and small part with his own studio.

Movies: A Fool and His Money; Who Cares; The Denial; A Slave of Fashion; Fighting the Flames; The Tower of Lies; Little Annie Rooney [FREE CLIP 1] [FREE CLIP 2]; Sally, Irene and Mary; 1925 MGM Studio Tour

By 1925 Billy was making more money and moved into a larger apartment at 729 North Western Ave in Hollywood (see what it looks like now).  During this time, Billy was also hanging around the famous Ramon Navarro.  It has been suggested that these two openly gay beautiful men we no doubt having an affair.

Billy Haines met Joan Crawford sometime in 1925. She was a bit player and Billy took her under his wing and they immediately became good friends.  A friendship that would last the rest of their lives.  In fact, once Billy’s career was over as an actor, Joan was the sole person responsible for launching his interior designer career.

On a trip to New York City Billy met a 21-year old former sailor named Jimmy Shields. Billy brought Jimmy back to Hollywood where they would remain a couple for nearly 50 years.  Jimmy Shields was living with his uncle after an honorable discharge from the Navy.  Jimmy was 5 years younger than Billy but just as handsome.  Their relationship in NYC was brief, but continued in Hollywood as Billy brought Jimmy back to California with him.

Brown of Harvard made Billy a major movie star. Reports say it easy to ignore the rest of the “Brown of Harvard” cast, but easy to focus on Billy not only for his looks, but is fine performance.

1927 was probably the best year of Billy’s life. He had bought a new home at 1712 N Stanley Drive, Los Angeles, CA (see what it looks like now) in September 1926, and was in the process of remodeling it.  Brown of Harvard and Tell It to the Marines were huge box office successes. Billy was a major movie star.

During Slide, Kelly, Slide, Billy played a baseball star. As you remember, in Brown of Harvard he played a college football player.  Billy disliked sports but his muscular physique, and great acting ability allowed him to excel in this type of role.

The next two pictures Spring Fever and West Point would be with Joan Crawford.

On top of the world, Billy and Jimmy were frequent and preferred guests of Randolph Scott and Miriam Davies at Hearst Castle. Most of Hollywood would have been invited at some point, and the parties were legendary.

Also during this time, the first feature film with sound The Jazz Singer was released in October 1927; the movie industry was about to change. “Talkies” know as talking pictures were about to change pictures forever.

Alias Jimmy Valentine starring Billy was MGM’s first talking picture. It was a great success and Billy had no problems transitioning from silent films to talking pictures as some of the other silent film stars.  Billy had a pleasant voice that carried well on recorded film.

Movies: The Duke Steps Out; A Man’s Man; The Hollywood Revue of 1929; Speedway; Navy Blues

The Duke Steps Out and A Man’s Man were silent pictures as MGM had not completed their sound stages.  They were nonetheless just as successful as Billy’s other pictures.  The Hollywood Revue was MGM’s introduction of their stars to sound.  Billy has a scene in where he tears Jack Benny’s clothes (available to view on YouTube).

The Girl Said No was a different type role for Billy, an unlikeable character.  Also, as this was before the production code the storyline and some scenes were controversial.  Way out West [FREE CLIP] was Billy’s next film and most remembered for his “Gayest” film.  In this film alone Samuel Goldwyn Mayer could not have been happy with his flaming queen personality.  Many fan goers probably didn’t think too much of it either as it was one of his least profitable films.

During 1930 Billy opened an antique shop.  With the Great Depression many actors were smart to diversify.

Movies: A Tailor Made Man; The Stolen Jools; Just a Gigolo; New Adventures of Get Rich Quick

By 1931 MGM wanted a change for Billy’s imagine.  He was living openly gay and his performance in Way out West made Louis B Mayer want to “butch” him up.  A Tailor Made Man he played a “ladies man”.  And his next films he was told to leave the feminine mannerisms out of his performance.  Billy toned it down for his performance, but refused to give him his boyfriend.  Also, his next three films did not make much money.

In 1932 Billy received a contract extension for only 2 years and 50% less money.  He rented his beautiful designed Hollywood home to newcomer Tallulah Bankhead, and moved into an apartment.  During this time his antique store was doing very well.  However, his films were only drawing moderate crowds.

At some point in 1933 Billy’s contract with MGM was cancelled.  It’s at this point the famous Hollywood ultimatum was given to William Haines by Louis B Mayer.  It has been reported that he told Billy to give up his boyfriend, or give up his career.  Billy told Louis Mayer “I’ll give up Jimmy when you give up your wife”.

During this time, Billy worked full time in his antique shop, and interior decorator business.  He decorated Joan Crawford’s home and several other Hollywood stars.  He decorated Carole Lombard’s house for free knowing that if others liked it he would have a great start for his business.

Movies: Young and Beautiful; The Marines Are Coming

After Billy’s contract had expired he obtained an agent (Phil Berg), and was able to find a couple of movies from a different studio.  The only film that Mr. Berg was able to obtain for Billy was Young & Beautiful (Mascot Picture).  It was a comedy film and Billy received top billing.  The second picture with Mascot was The Marines Are Coming.  The film was nothing like his earlier film Tell it to the Marines in 1926, and was not very successful.

After Tell it to the Marines Billy had a long list of Hollywood people ready for his interior decorating services; his true calling in life.

The last work Billy did for the movie studio industry didn’t require acting at all. It was in Craig’s Wife, as the production designer.  Billy’s friend Dorothy Arzner was the director, and also in a committed relationship with her wife, just as Billy was with Jimmy. It is not know why Billy did not get credited with the title Art Director.  This was an opportunity which he enjoyed, and helped build on his interior designer career.

William “Billy” Haines would go on to become the most popular interior decorator of his time for the rich and Hollywood elite.  His most famous clients were Joan Crawford, Gloria Swanson, Carole Lombard, Marion Davies, Betsy Bloomingdale, and Ronald and Nancy Reagan as his clients.

For the rest of Billy’s life he and Jimmy continued to be very popular socially in Hollywood, hosting and attending many parties.

William Haines died the day after Christmas December 26, 1973 from lung cancer, his partner Jimmy would commit suicide several days later. Jimmy’s suicide note said (in part) his loneliness without Billy was too much; he could no longer go on without the love of his life.

It has been said if William “Billy” Haines would have just played it straight, maybe got married he would have continued his Hollywood movie career.  In fact, he had the looks and talent to rival those that followed him, Cary Grant, Robert Montgomery, Clark Gable, etc.)

It should be mentioned that Billy’s boyfriend “Jimmy Shields” is not the sole reason for Billy’s dismissal from Hollywood movies.  There are several other factors that played in this decision.  For a complete biography of William “Billy” Haines I would suggest reading William J Mann’s Wisecracker:  The Life and Times of William Haines, Hollywood’s First Openly Gay Star.  A fantastic read that helped me document my tribute to Billy Haines in this blog. 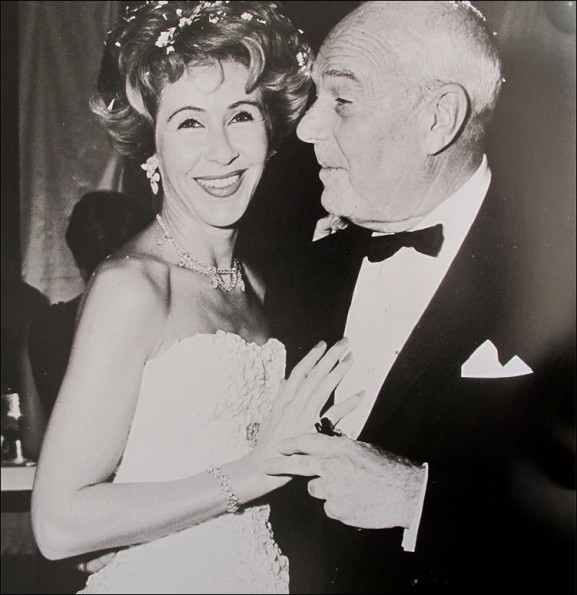 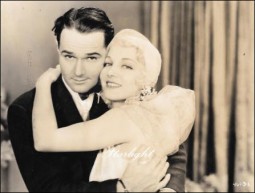 William Haines & Leila Hyams in “The Girl Said No”

William Haines and Lon Chaney “Tell it to the Marines” 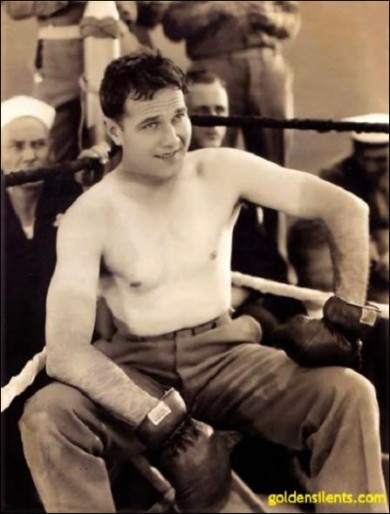 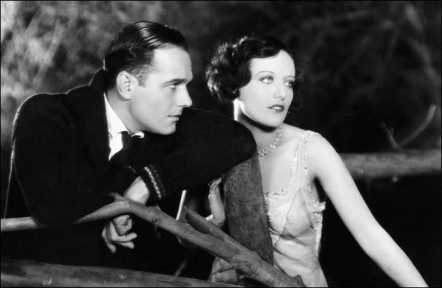